Owning a home in Australia as a non-resident 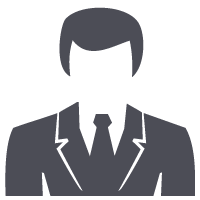 There are a lot of great blogs out there that can tell you all about the latest luxury houses or that show first home owners shopping with 7 figure budgets. However for a lot of us, shopping for a house has to be a lot more practical and features ideas like being in a good school zone or close to a bus that can you get you in to work each day. This is a blog for people who are real estate shopping on a smaller budget and want a house with practical features (even if it looks bad). Lets' bond over Real life real estate decisions!

Owning a home in Australia as a non-resident

Many people come from aboard and fall in love with the Australian lifestyle but cannot become citizens for one reason or another. Owning a house as a foreign resident can be a little more tricky than as an Australian citizen but it's possible if you follow a few simple steps.

Before buying property as a non-Australian citizen you will need to get FIRB approval. This usually involves an application to the FIRB board but in some cases, developers will gain preapproval to sell their properties to foreign citizens which can help you speed up the buying process. Generally, FIRB approval requires the property to be new, which is defined as properties less than 12 months old which have not previously been lived in. The exception is this to when a property is purchased with the intent of demolition and rebuilding, as this still causes an overall improvement to the 'housing stock' of Australia. Due to this need for FIRB approval, most non-residents build a new house or purchase a new apartment.

Generally, it's more challenging to obtain finance as non-Australian resident. You can often only get mortgages that cover a smaller portion of the house value, than the typical Australian mortgage and there can be a lower willingness to give loans to foreign residents by Australian banks. It can often be useful to get advice from a mortgage broker or financier if you are looking for finance.

The tax treatment of the home will depend on whether the house is being owner occupied or being rented out. There may also be tax implications depending on the overall value of the home and the time that it is held. It can be wise to discuss your plans with a financial advisor before you commit to the new home.

Buying with a resident

In some cases, the foreign buyer may be buying with an Australian citizen, which could include a relative (such as an adult child who has previous immigrated) or even a new spouse. This can further complicate implications for FIRB approval and tax implications so it's a really good idea to get advice before you buy.

Buying a new house is a big purchase. It's a good way to put a foot down in Australia and really get to enjoy the lifestyle as you settle in one location. It can be a great idea to get some professional advice as you explore how to get your new home built.